In the previous modules, you practiced using VPCs with nouns. In this module, we focus on how VPCs are used with personal pronouns and the so-called da-compounds (pronominal adverbs). Note that da-compounds (davon, dabei…) are extremely frequent in German, unlike their English counterparts (‘thereof’, ‘thereby’…). For example, daran appears more than 120,000 times in the Die Zeit corpus, whereas its English counterpart ‘thereon’ appears only 88 times in the Contemporary Corpus of American English, which is approximately the same size as the Die Zeit corpus (ca. 560 million words).

The sentences below are taken directly from the DWDS corpus and show examples of denken an followed by a personal pronoun.  Read the sentences carefully and chose the part of the text to which the pronoun in the denken an + pronoun construction refers.

The corpus examples below show examples of the the verb denken followed not by a preposition + personal pronoun but by the da-compound daran. Read the sentences carefully and choose the part of text to which the denken daran construction refers.

Using the rules above as a guide, complete the dialogue below.

On your own. In the activity above Michael agrees with everything that Katya says.  As you are not a copycat like Michael, write out responses to Katja’s questions using ‘yes’ and ‘no’ answers as appropriate. For example: 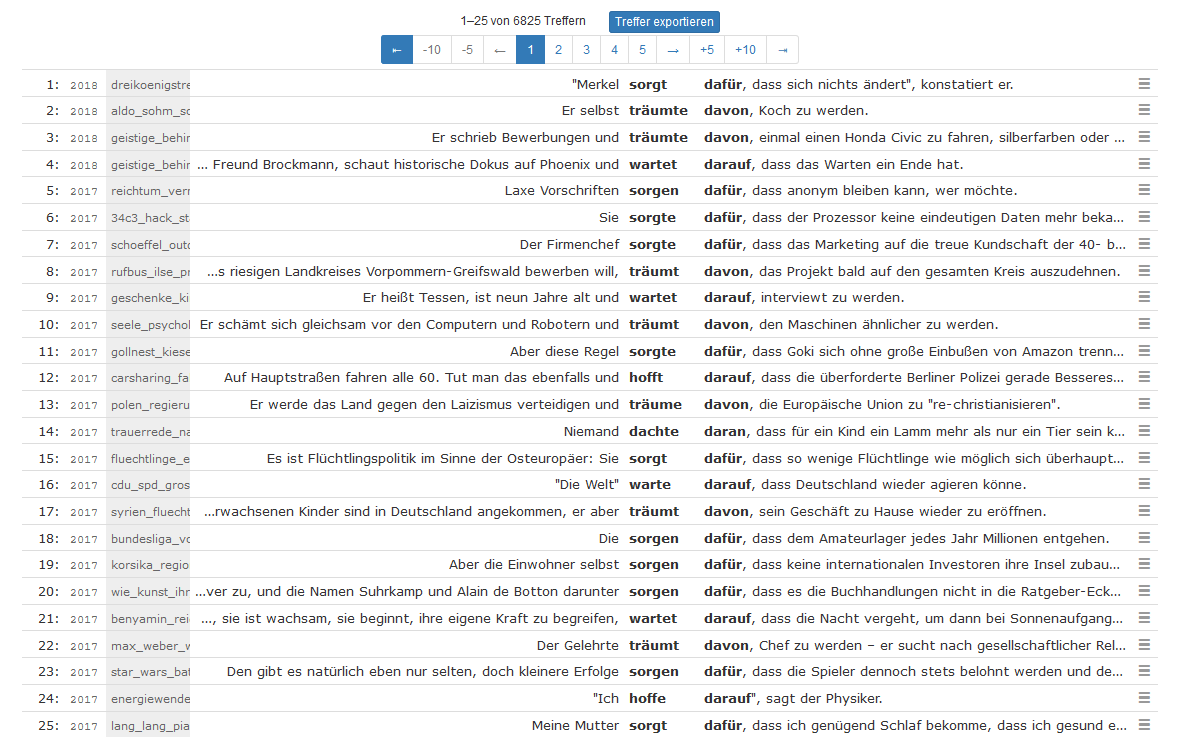 Go to the DWDS website and review the following corpus examples that show question pronouns and wo-compounds.  Using what you have learned, choose the correct word(s) from the pull-down menu to complete the questions Katja might ask you.  The first two have been done for you.

On your own. Write answers to Katja’s questions above and then create five similar questions that you might want to ask your classmates.